One monsoonal downpour; one quarter of the metal roof; 140 gallons 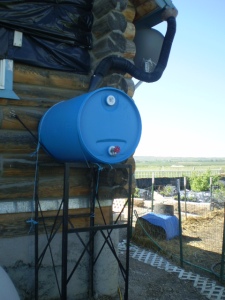 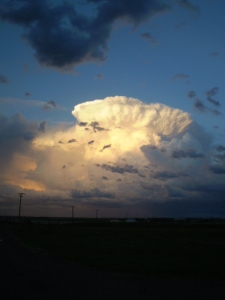 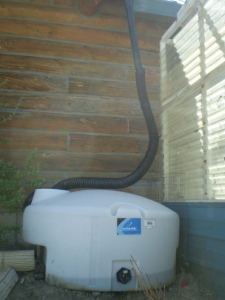 Clean and adequate water will more surely promote peaceful revolution than any guerilla warrior or political extremist ever could dream. The simple act of finding a spigot that slowly trickles water will change the life of a community such that it is no longer vulnerable to the promises of someone seeking power through numbers. The simple act of replacing a thatch roof with metal or impervious plastic sheeting and some method of containment is the first peaceful step to revolution, for more human minds and souls are pending in limbo over this than over the industrial-military complex, or some government or any religion. The key methodology of terroristic change is to completely disrupt the reality of the target population and, when in crisis, when they have lost all faith in their institutions, offer new institutions which reform that population into Believers. This disruption is best done through substantial, unexpected, immediate pain – destruction, desolation, death. It is amazingly effective with most populations, especially with populations which are already suffering, struggling for daily life. The revolution is supposed to lift them up, empower them, move them to a more utopian, community or religious life – at least in the eyes of the terroristic revolutionary. But it is fact that those populations immediately become oppressed by the revolutionary. Power equates with control, equates with adopting the philosophy, theology, economics, government of the terroristic revolutionary. All revolution, all change begins with the individual. Moving beyond the oppression of ignorance requires the luxury of questioning, of experiencing moments of no struggle, of clear thought, of normal levels of intellectual and physical stress that comes with hope and visions for the future. Providing clean and adequate water is the moment in which the individual can take a deep, free breath, an opening for new belief, new thought. Your act: Never turn on that faucet again without understanding the impact and the blessing you possess by being able to do so….The monsoonal flow across the Rocky Mountains makes the air dense, heavy, wet…so rare in the Great High and Dry. I will not have to water the nursery today. The air alone will do. Now, off to the alternate reality of The Day Job…Namaste